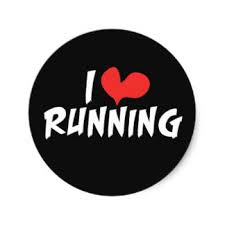 As with many physical activities, running is a bit like marmite, you either love it or hate it. And, like a lot of physical activities, there are degrees of separation between how far you run, how fast, and how often. Whether you run your local streets and parks for pleasure right through to the super human folks running mind boggling Ultra distances around the world in some of the most extreme terrain and weather conditions on the planet.

I love running; and it’s been an enduring love throughout each of the decades of my life. It has survived a destructive smoking habit that lasted 20 years, and the normal processes of aging. Now, in my 50’s, I use running, in conjunction with nutrition, to control weight, and it’s also a really important source of peace of mind and euphoria – thank you endorphins.

I finally gave up smoking just over 7 years ago and have secretly hankered after my former ‘glory days’ of speed and distance running ever since. I still vividly remember doing Cross Country for the school on rainy, and bitterly cold, Saturday mornings in Scarborough with my nemesis, Mary Sadler, ahead of me as we approached the finish line. I could sprint the last 100 metres. Sometimes I won; more often than not, she did, but it was a great feeling either way. Those were the days, to be so effortlessly fit. But I still get a huge amount of enjoyment and a strong sense of achievement from running. It’s very different to running in my teens, but I am at peace with that, and it’s as integral to my life now as it ever was.

Since my school days I’ve run up to Half Marathon distance and marvelled at both friends and clients running to Marathon distance and beyond, but I’ve never wanted to go with them. I’ve always had a keen sense of my own limitations, and I know that the true endurance events are just a bridge too far for me. I’ve also done battle with numerous achilles tendon injuries along the way and had to take time out from running to recover. I hate not being able to run, and so will spend the rest of my running life at a level and a pace that avoids injury.

I’ve always enjoyed running alone, without music, and outside; since moving to Oxfordshire I now have some beautiful countryside right on my doorstep to run in. But at the end of last year, I decided that I’d like to try running with a group where there would be some faster folks to motivate me. And so I joined the Brackley and District Running Club, and try to run with them at least once a week. I run 4 miles with the gentle pace group, and am never at the front, but it’s great fun and very motivational, which is just what I need.

My days of sprinting the last 100 metres of a school Cross Country trying to beat the prodigious Mary Sadler over the finish line are gone forever, but there are new horizons in my running life that are equally enjoyable and challenging and, above all, I will always run just for the love of it.