“They Think it’s All Over……It is Now” 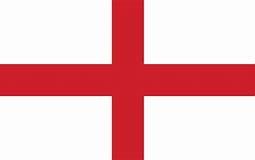 It’s over and out from the World Cup 2018, and what a football tournament it was for England – exceeding all of our expectations.

I wouldn’t usually write a piece about football because it’s a sport that I only really watch during either the European Championships or World Cup. So, it’s fair to say that I don’t understand the finer points of the game. But I do understand when I’ve watched a good game; when I’ve been entertained by the skills on display, seen sportsmanship, watched the sheer grit and determination it takes to snatch victory from the jaws of defeat.

At times, football has been a sport which highlights the most mean spirited, petty, arrogant, and aggressive side of human nature from fans and players alike. But it can also show the collaboration, support, empathy, and joy of humanity. The latter being my reason for writing this.

One of my biggest highlights of Russia 2018 was witnessing a team in the truest sense of the word, not a collection of self-important, entitled individuals who behave as though they are doing their country a favour by showing up. These young men wanted to play for England; they were proud and grateful for the opportunity. There were no egos, there seemed to be only enthusiasm and joy.

And what part did the Manager play? This England team was led by a man who I am ashamed to admit, that when I was told he would be the new England Manager, said incredulously “Gareth Southgate? Really?” What he’s proved himself to be is a man who has overcome failures and disappointments to achieve what none thought possible in this World Cup. He seems to be calm, and a man of dignity and integrity in the face of widespread under-estimation. And he’s a man who, ‘off the grid’, meticulously set about building a team with the skills, determination, resilience, and discipline to succeed on the world stage.

Gareth Southgate’s team of excellent young men reached into their bodies and souls and gave us back an England team we could support. They showed skills, spirit, common sense, dignity, maturity beyond their years, joy and pride, and I was proud and joyful to watch them.

Our nation’s 2018 dreams of World Cup victory are over but, for this young team and the Manager, it’s certainly not over…..I think it’s only just begun!