3 Ways to Make your Workout into a Habit – Part 1 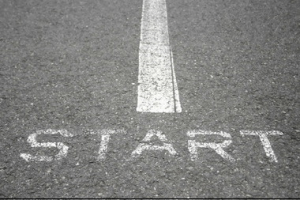 Make your workout a Habit

When it comes to exercise, we often focus on motivation rather than habit. We think of getting motivated to exercise, and staying motivated enough to continue doing it. Most of us may think that motivation is what we need to make exercise a regular habit, but that’s not necessarily the case.

Your motivation to exercise is, of course, an important element, but habit is what will get you out of the door on a cold day in winter when it’s pouring with rain.

And, on that cold winter day, you don’t just go out because it’s a habit; there must also be a reward; something that you get out of exercising in such terrible weather. A reward will look different to everyone – it could be feeling good, having a sense of accomplishment, or a tangible feeling of achievement. Whatever a reward looks like to you, it must be important enough to work for.

It sounds simple doesn’t it, give yourself a reward and you’ll start exercising, but if that were the case, everyone would already be exercising.

So, how does the non-exerciser, the new exerciser, or the person who doesn’t like exercise create the habit? The secret lies in our brain.

A habit is a behavioural pattern we perform repeatedly and consistently. Habits often happen automatically and the more we do them, the deeper they’re embedded in our brains. We each have many, for example your routine for getting ready in the morning, and how you drive your car.

These everyday habits become automatic, so they’re done without a lot of thinking, which allows your brain to free up space. But the only way to make behaviours automatic is to do them repeatedly.

Looking deeper into how we create habits, it’s been suggested that there are three important elements: the cue, the behaviour, and the reward. An example of a cue would be to put your exercise clothing out, and ready for use. The behaviour would be completing your workout, and the reward might be feeling good about yourself, or enjoying the runner’s high.

The Secret Ingredients to Your Exercise Habit

But, as powerful as they are, you need more than a cue, behaviour, and reward; you need a craving for the reward and the belief that you can do the workout you’ve planned.

It may seem strange to crave exercise but, in reality, cravings drive all habits.

Over the years, some of my clients would admit that they started to exercise on a whim, hopeful that they would enjoy it, and that it would become a permanent fixture in their lives, but initially unsure. Of course, some have gone back to less active lifestyles but, happily, many have continued to exercise because they craved the reward of feeling good, regaining their youth, a tangible sense of accomplishment, confidence, strength……..the list goes on and on.

Another essential element to succeeding in your exercise habit is the belief that you can do it; that you can set up your habit, plan your workouts, and complete them. This will also build confidence which, again, will reinforce the habit.

So, in Part 1, we’ve looked at the foundations for making a solid and sustainable exercise habit. In Part 2, I’ll look in more detail at where to start.